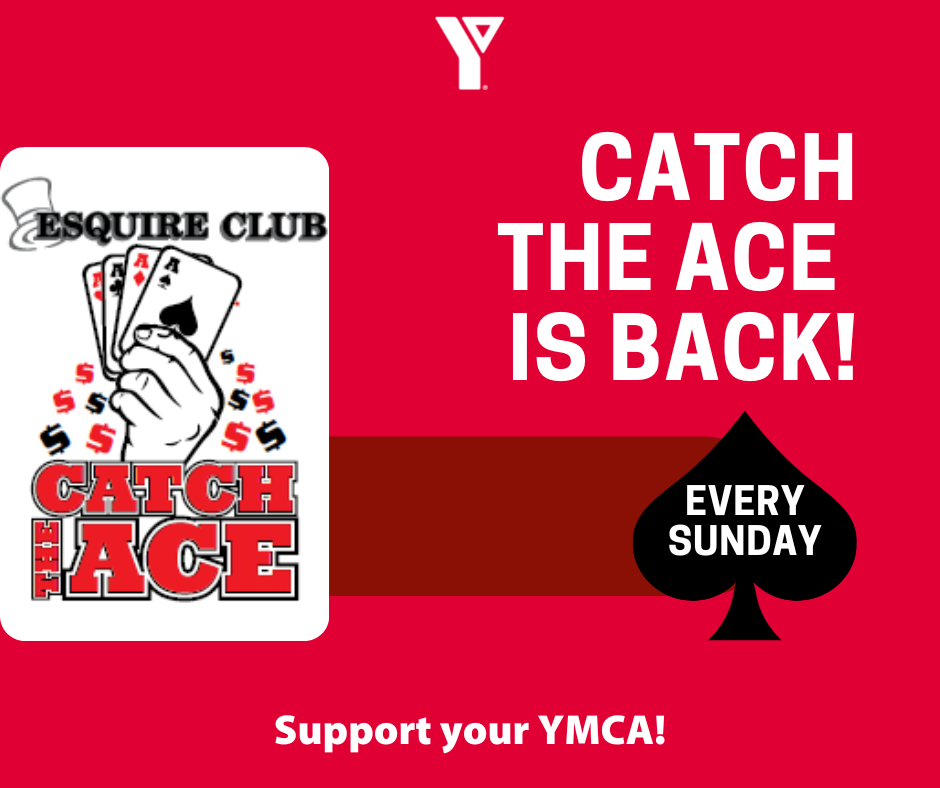 Fill out the Catch the Ace form with our volunteer ticket sellers at the CTA ticket table (across from Membership Services).

Purchase as many tickets as you want! Or take a form home and start a group play with Family/Friends.

No Debit/Credit. Cash Only.

What is a Catch the Ace progressive raffle?

A progressive, multiple-draw raffle lottery in which participants purchase tickets for a chance to win:

The person who holds the winning ticket selected in each draw has an opportunity to select one playing card from the single deck. If the Ace of Spades is selected, in addition to winning a percentage of the proceeds from the draw, the person will win the progressive jackpot.

If the card selected is not the Ace of Spades,  the selected card is removed from the  deck and the progressive prize portion of the ticket sales for that draw is  rolled over into the progressive jackpot for the next scheduled draw.

The lottery continues until such time as the Ace of Spades has been selected and the progressive jackpot has been awarded. At that point, the event and licence is concluded. If the licensee wishes to conduct another Catch the Ace event, a new licence must be obtained.

As this is a progressive game do the tickets purchased each night stay in for the draw the following week?

No, tickets are sold for a single draw. After the draw is completed, the non-winning tickets are removed from the container, kept for the prescribed time and then destroyed.

The Esquire Club will sell a new batch of tickets for each subsequent draw.

How is the prize split?

Visit our Donation Portal to give today!
Donate Today